Restriction Of Movement In The Corona Era | Adetutu Akinyemi 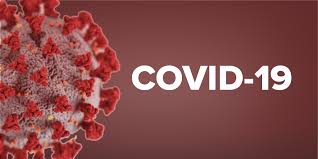 In the wake of the infiltration of the corona virus disease (COVID-19), into Nigeria, the Federal and State governments have had to impose strict measures to curb the spread of this deadly disease. One of such measures is the restriction of social gatherings across the states.
In Lagos state, the limit on social and religious gatherings is 20. However, this restriction has caused some legal brows to be raised.
Does this mean that this restriction on social gathering is illegal or unconstitutional?
Let us have a look at the law. The Quarantine Act of 1926 ( an ancient legislation which is long overdue for review) clearly empowers the President, among other things, to make regulations for preventing the spread/transmission of any infectious disease within Nigeria. Section 4.
By virtue of Section 8, the Governor of a state may also do likewise.
Most importantly, the grund norm of the Land, the 1999 Constitution of the Federal Republic of Nigeria as amended ,which provides for the citizens’ right to personal liberty, peaceful assembly and freedom of movement stipulates that these rights may be restricted and derogated from in the interest of defence, public safety, public order, public morality or public health. Section 45.
These statutory provisions have established that the government has the power to impose certain restrictions in necessary circumstances such as the issue of this pandemic we currently have in our hands. However, such restriction must have been made PURSUANT to a law.
In Lagos and other parts of Nigeria, is there any law, regulation or even executive order that we can lay hold on in support of this current restriction? That is the issue.
Although, it is highly unlikely that any one would break this ‘law’ in the interest of self preservation, it is not impossible that such could happen. Under which law would such ‘offender’ then be prosecuted?
After all, where there’s an offence, there’s a punishment. In the light of this, the Executive Order No. 2020.4 (Temporary prohibition of large assemblages and event, Temporary School Closures, Prohibition of excessively passengers in commercial vehicles) by the Ekiti state government is highly commendable.
Also praise worthy is the step taken by  Lagos State House of Assembly in passing the Bill for A LAW TO COMBAT AND STOP THE SPREAD OF THE CORONA VIRUS PANDEMIC IN LAGOS STATE AND FOR CONNECTED PURPOSES.
By this, the government would now have the legal standing to impose penal sanctions on anyone in breach of the “stay at home order”, and restriction of movement generally meant to help contain the spread of covid-19 virus.
That is how things should be done in a democratic era.
Adetutu Akinyemi was called to the Nigerian bar in 2017. She enjoys litigation practice and is currently based in Lagos where she practices.