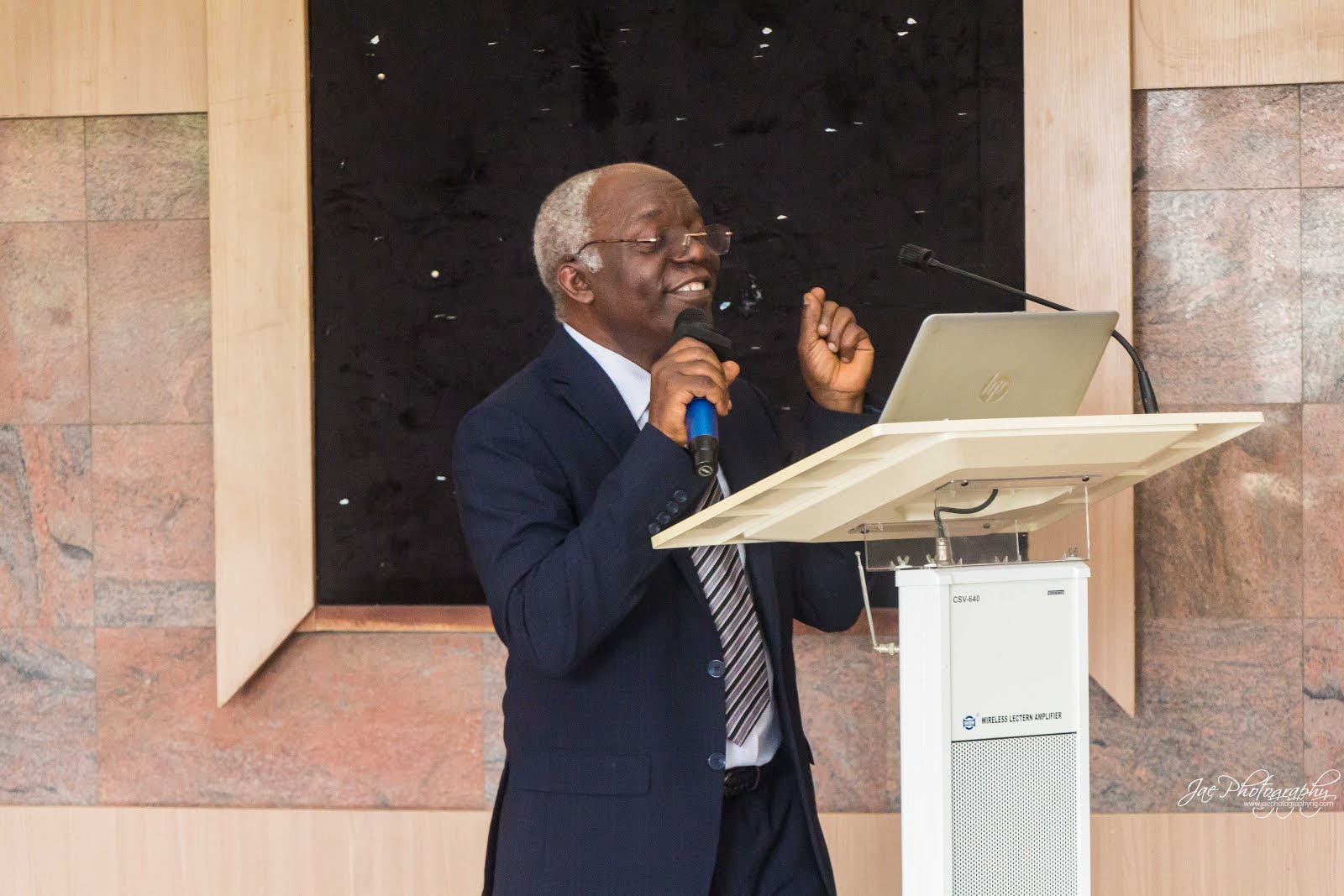 It is on record that Mr. Alegeh, SAN, a former President of the Nigerian Bar Association had congratulated Mr. Olumide Akpata on the 30th of July 2020 even before the conclusion of the 2020 NBA election. Mr. Alegeh has since urged Mr. Dele Adesina, SAN and Dr. Babatunde Ajibade, SAN to support Mr. Olumide Akpata for emerging victorious in the controversial election. I expect Mr. Alegeh to have realised that the support of both gentlemen for Mr. Akpata will not wish away the electoral fraud that has since been institutionalised by the NBA. No doubt, Mr. Alegeh SAN is entitled to congratulate Mr. Olu Akpata and mobilize support for him. But it is incumbent on Mr. Alegeh and other leaders of the NBA to ensure that the allegations of electoral malfeasance that characterize NBA elections are addressed. More so, that these allegations have serious implications for the collective honour and integrity of members of the NBA and the entire legal profession in Nigeria.

It is common knowledge that the 2016 and 2018 elections of the National Officers of the NBA were marred by e-fraud. The refusal of the ECNBA to produce a credible voters register and disclose the name of the Service Provider to the contestants heightened suspicion that the 2020 NBA election might be electronically manipulated. Incidentally, both Mr. Dele Adesina, SAN and Mr. Olu Akpata made these anomalies known to the ECNBA in their separate letters of 9th of July and 20th of July, 2020 to ECNBA. But the ECNBA did not reply the letters of both candidates. Even when the integrity of the 2020 NBA election was questioned last week the ECNBA did not speak up. It was the outgoing President of the NBA, Mr. Paul Usoro, SAN who unsuccessfully tried to defend the conduct of the election by the ECNBA. Mr. Alegeh may wish to persuade the members of the ECNBA to come out of their cocoon of silence and defend the grave allegation of a premeditated electronic fraud.

Notwithstanding Mr. Alegeh’s decision to mobilise support for Mr. Akpata he ought to encourage the ECNBA to defend the allegations of electoral malfeasance. In particular, the ECNBA should explain the basis for releasing the Verified Voters Register a few hours before the election contrary to the mandatory period of 28 days and why the verified register itself contained a list of voters far less than the number of verified voters for some branches of the NBA! For instance, 2800 members of the NBA Ikeja Branch were duly verified to vote. But in the voters’ list released a few hours to the election the number had been reduced to 1770. NBA Ibadan branch had 1072 verified voters reduced to 833; NBA Jos had 699 reduced to 452; NBA Markurdi had 478 reduced to 288; NBA Ilorin had 721 reduced to 344; NBA Akure had 447 reduced to 320; NBA Gombe had 232 reduced to 132. On the contrary, NBA Obollo-Afor had 39 names of verified voters increased to 662!

The ECNBA may also want to explain how the system ensured that the percentage of votes recorded for the 3 presidential candidates was consistent for 24 hours. In other words, are we to believe that all the voters throughout the country voted at a regulated percentage ratio at the same time for 24 hours! Some concerned members are desirous to know when the Diaspora Branch of the NBA was created since its members participated in the election. The ECNBA should equally explain why over 4,000 members without recognised branches appeared on on the List of Voters that was released a few hours to the commencement of the election. Therefore, Mr. Alegeh ought to persuade the members of the ECNBA to defend the grave allegation of a premeditated electronic fraud.

It will be recalled that the Independent National Electoral Commission had declared Alhaji Umaru Musa Yar’Adua the winner of the 2007 presidential election. The Supreme Court affirmed the electoral victory in a split decision of 4-3 Justices. But President Umaru Musa Yar’Adua publicly admitted that the election that brought him to power was flawed and proceeded to institute a panel headed by the Honourable Justice Mohammed Uwais, former Chief Justice of Nigeria to investigate the electoral malpractice that marred the elections and recommend substantial reforms of the electoral process. The panel carried out the assignment with diligence and made far reaching recommendations. But the refusal of the ruling political parties to implement the recommendations has continued to expose the nation to shame in the comity of democratic countries.

Finally, I recognize that Mr. Alegeh SAN is entitled to congratulate Mr. Olu Akpata and mobilize support for him. But it is incumbent on Mr. Alegeh and other leaders of the NBA to ensure that the allegations of electoral malfeasance that characterize NBA election are addressed and not swept under the carpet on a biannual basis. More so, that these allegations of impropriety and impunity have serious implications for the collective honour and integrity of members of the NBA and the entire legal Profession in Nigeria. Since lawyers prosecute and defend election petitions conducted by the Independent National Electoral Commission the NBA cannot afford to choose its National Officers through electronically manipulated electoral process. Therefore, Mr. Alegeh may wish to persuade the leaders of the NBA to defend the grave allegations of premeditated electronic fraud that has questioned the integrity of the 2020 election.