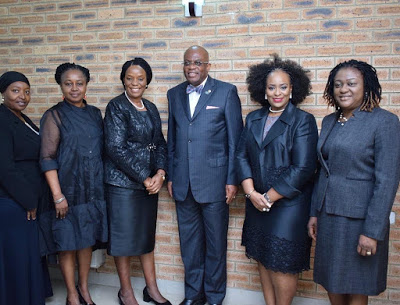 The
Paul Usoro SAN led administration has recorded many wins and achievements so
far, one that stands out is the inauguration of a new leadership for the NBA
Women’s Forum and in the spirit of the International Women’s Day 2020, this
initiative leads the way in ensuring gender equality in the legal profession. 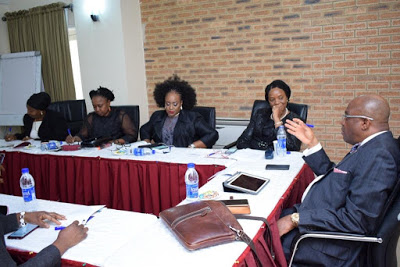 It will be recalled that the Executive Council of the
Women Forum was recently inaugurated by the President of the Nigerian Bar
Association, Paul Usoro SAN on the 17th day of September 2019. 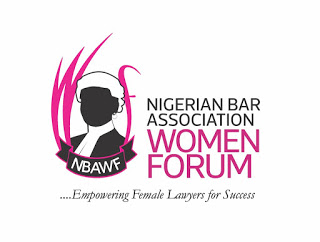 The purpose of the NBA Women
Forum is to give prominence to the promotion of women-Lawyers’ rights and
privileges while also bringing to the front burner gender-related issues and
ensuring that all prejudices and over-shadowy discriminatory practices against
women lawyers become a thing of the past.

Paul
Usoro SAN in his speech during the inauguration noted that
the constitution of the Nigerian Bar Association (NBA) mandates that there
should be a women’s forum to address issues that affect women. On the issue of
sexual harassment, he had this to say, “We have just finished our Annual
General Conference (AGC) and one of the very hot sessions was the session on
bullying and sexual harassment. A lot of female lawyers spoke passionately
about their experiences and the general consensus was that the NBA must do
something about it.” 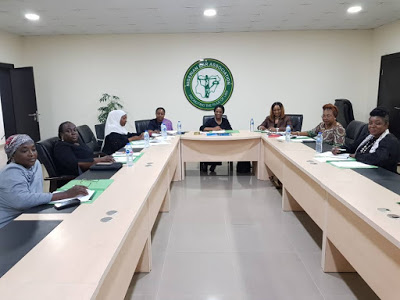 The executives of the NBA Women’s Forum have also hit the ground
running and they exhibit a line-up of successful female lawyers who have always
shown a passion for excellence and the promotion of the welfare of female lawyers.
The NBAWF held its inaugural General Council meeting on Wednesday the 30th
October 2019, at the NBA National Secretariat Abuja. It immediately set up a
Mentorship Committee which developed a mentorship programme for members. 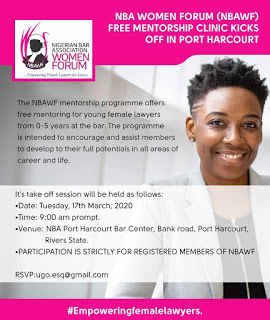 The programme offers free mentoring for young female lawyers
from 0-5 years at the bar. NBAWF mentoring is intended to encourage and assist
members to develop to their full potentials in all areas of career and life and
will be held at different locations in the country. For instance, it’s take off
session will be held on Tuesday, 17th March, 2020 at the NBA Port Harcourt Bar
Center, Bank road, Port Harcourt,  Rivers State. 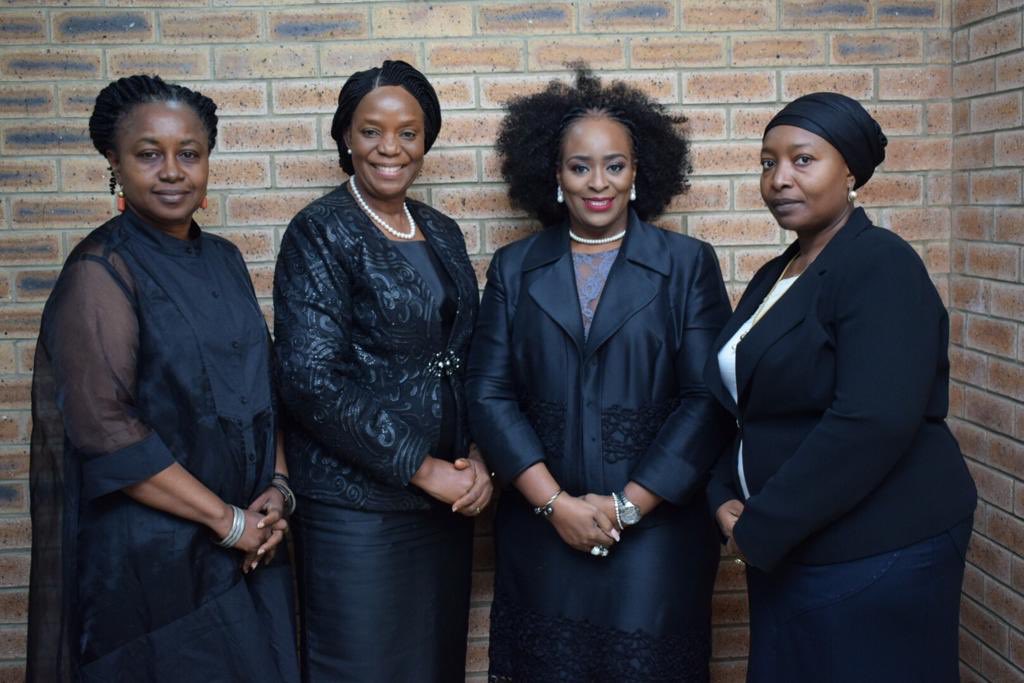 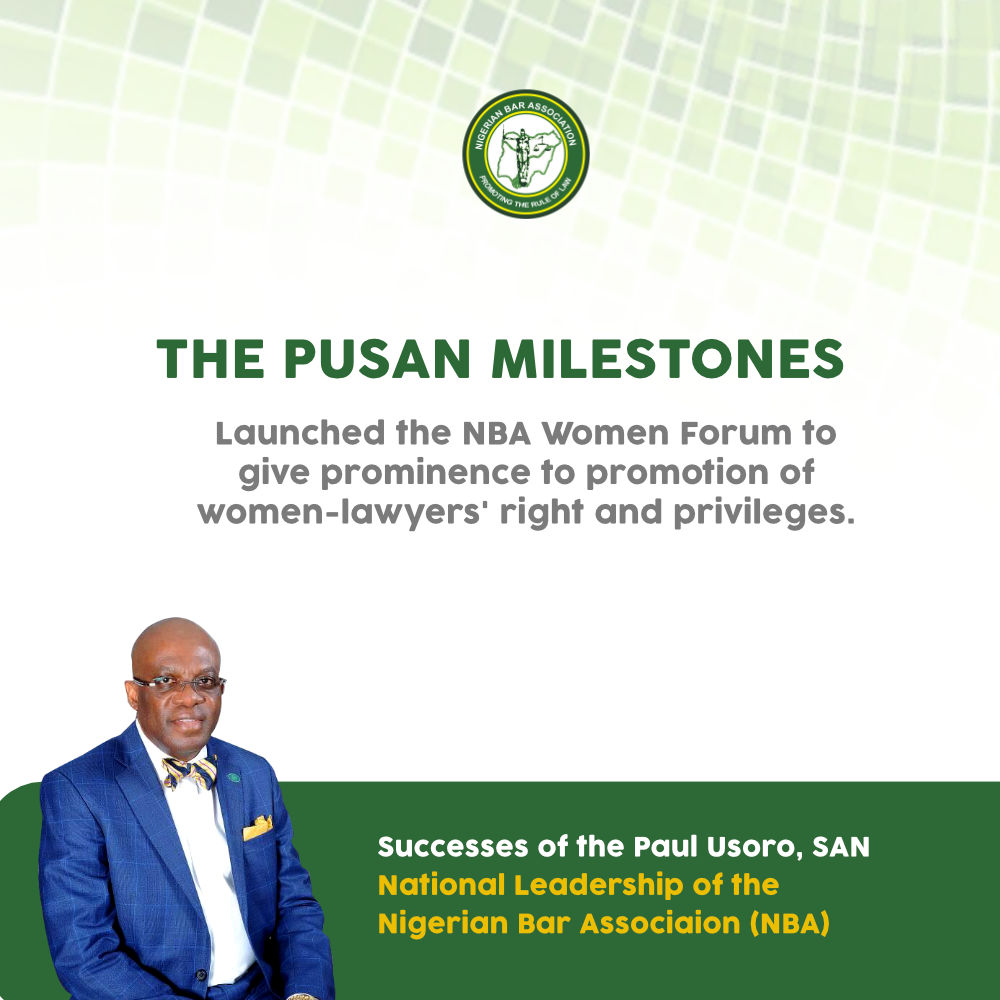 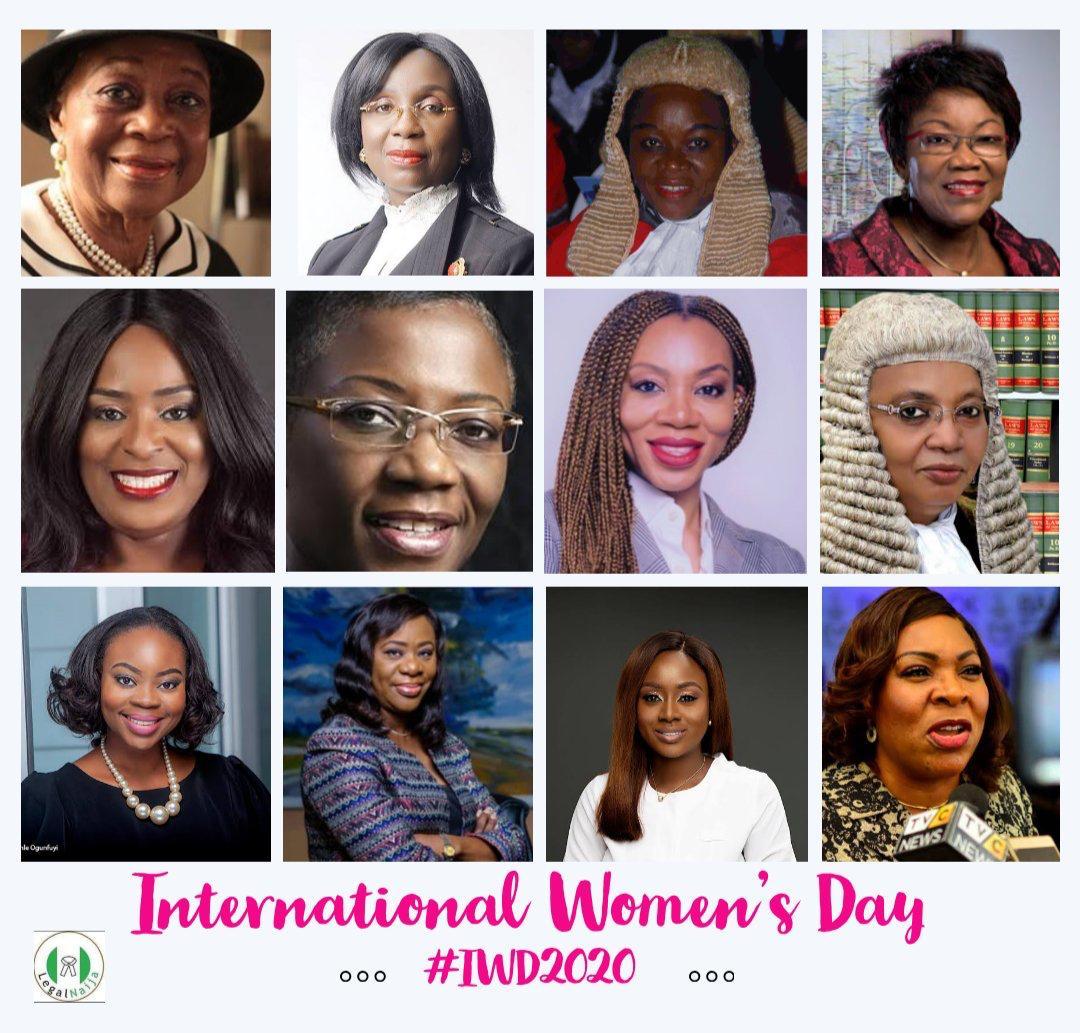