Opinion: Forum Shopping Is Also An Abuse Of Court Process 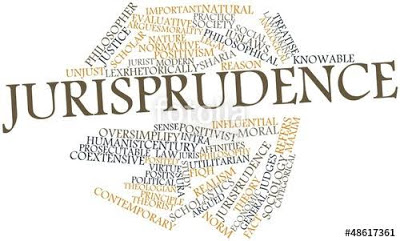 Having observed the proceedings against the NBA President, on the 18th of December 2018, the charges filed, and the application for transfer already made by the NBA President, judging from the activities of the persecutors/prosecutor, which the case obviously has it’s alleged crime committed in Uyo; AKSG and its officials resident in Uyo. Zenith bank in question is in Uyo.
EFCC investigations/interrogations all in Abuja office of the EFCC. President’s office is the NBA House located in Abuja. Absolutely no connection to Lagos. I make bold to say that the EFCC engaged in *FORUM SHOPPING* and same is also an abuse of court process. I place reliance on the following authorities;
MOHAMMED v. PETRODEL RESOURCES (NIG) LTD
(2018) LPELR-44197(CA)
ISSUE
ABUSE OF COURT/JUDICIAL PROCESS(ES) : Whether forum shopping is an abuse of judicial process
PRINCIPLE
“the issue of forum shopping is regarded as an abuse of Court process and it is a jurisdictional issue. See Alhaji Muhammadu Maigari Dingyadi & Anor v. Independent National Electoral Commission & 2 Ors. (No. 2) (2010) 18 NWLR (Pt. 1224) 154 at 195, per Chukwuma-Eneh, JSC where the Supreme Court stated as follows: “The term abuse of process connotes simply the misuse of Court’s process and it includes acts which otherwise interfere with the course of justice. Clearly, the acts include where without reasonable ground a party institutes frivolous, vexatious and oppressive actions and also by instituting of multiplicity of actions or is on a frolic act of forum-shopping i.e. seeking for favourable Court to entertain a matter. It also includes depriving the Court of jurisdiction. Arising from such acts the Court has the power to treat the acts as contemptuous of the Court which can apart from resorting to the use of its coercive powers of contempt can also order the action to be stayed (as has been done here in the appeal No. CA/S/EP/GOV/10/2009) or dismiss it as the case may be.” See also the case of Dr. Roy Pedro Ugo v. Augustina Chinyelu Ugo (2017) 18 NWLR (Pt. 1597) 218 at 238 per, Eko, JSC, where the Supreme Court re-emphasized the position of the law by stating as follows: “Abuse of Court’s process, admittedly, was one of the issues raised in the respondent’s grounds of appeal at the Court below. It is an issue of law and it is closely related, in the circumstances of this case, to the issue of estoppels per rem judicatam. For instance, as it was held in Yar’adua & Ors. v. Atiku Abubakar & Anor. (2008) 18 NWLR (Pt. 1120) 236 by the full Court of this Court, it is an abuse of Court process for a party to re-litigate an identical issue which had been decided against him by a Court of competent jurisdiction. Abuse of Court’s process simply connotes the misuse of the Court’s process to invoke the jurisdiction of Court. It includes the act of a litigant, like the appellant herein, embarking on a frolic of forum-shopping. That is, by his seeking for a friendly and favourable Court to entertain his matter.” Per ADUMEIN, J.C.A. (Pp. 12-14, Paras. F-E)
Olajide Abiodun Esq
Photo Credit – DNL Legal & Style