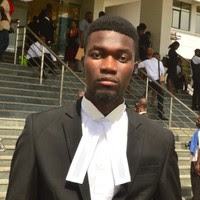 The Supreme Court of Nigeria has several opportunities to emphasize the importance of the rule of law to nationhood. The fundamental principle behind the rule of law was captured by the Noble Lord Oputa JSC in the locus case of Gov. of Lagos State v Ojukwu (1986) (pt 18) 621 where he noted thus:

The rule of law has suffered different forms of abuse over the years in Nigeria both under military and civilian rule. Whilst the Nigerian military administration was characterized by textbook despotism, democratic rule has also seen its fair share of the abuse of the rule of law. As A.V. Dicey postulated, the rule of law in modern contemporary jurisprudence is described as “the condition in which all members of the society including the rulers and the led accept the authority of the law.”[1]

Hence, a simple disobedience to the authority of the law is a violation of the rule of law. There is no gainsaying that even the rulers and makers of the law can fall victim to the crime of disobedience to lawful authority. Such was the case in Ibrahim Umar & Ors v APC (2018) NWLR (Pt. 1650) 139 where the Supreme Court was invited to uphold the fundamental doctrine of the rule of law after a Nigerian political party had attempted to rape the blindfolded Lady Justice after stealing her impartial scales. However, the radical and Noble Lord Chima Centus Nweze JSC of the Supreme Court who was entreated with the responsibility of writing the lead decision of the Apex Court was on deck to checkmate this wanton disrespect for the rule of law and abuse of the judicial system.

In that case, the Appellants had approached the High Court of Rivers State (trial Court) as Claimants, entreating that Court to grant them reliefs declaring them entitled to participate in the APC Ward Congress in Rivers State, having satisfied the requirements to participate. They also sought, inter alia, to nullify the Ward elections earlier conducted by Respondents (APC), as well as perpetual orders restraining the Respondents from acting on the Ward elections so erroneously conducted.

The trial Court granted the Appellants’ reliefs after the Respondent vide its Counsel had revealed that it was not opposing same. On the day slated for delivery of the ruling by the trial court, sponsored hoodlums and miscreants had invaded the Court premises and engaged in a wanton spree of destruction of court properties and laid siege thereto for several hours with the aim of intimidating the machinery of the rule of law. The trial Court was still able deliver it’s Ruling on that day despite this brazen display of judicial intimidation. It issued an interlocutory order restraining the Respondents from conducting the party’s congress.

However, just barely twenty-four hours later, the Respondents (APC) in a most obstinate display of judicial impertinence, purported to conduct another congress, in acute disobedience to the pending court order. It was not until after the Respondents (who were interestingly the ruling party at the federal government at that time) had successfully completed their contumacious display of disobedience of the order of the High Court by concluding an unlawful congress, that they approached the Court of Appeal in a most impudent manner, seeking an order of stay of proceedings of the trial Court and a stay of execution of the injunctive orders which they had already flagrantly disobeyed.  The Learned Justices of the Court of Appeal interestingly granted the prayers of the Respondents (Appellants at the Court of Appeal) without regards to the plethora of authorities on the need for fealty to the rule of law which was brought to their notice by the Appellants (Respondents at the lower court) wherein the Apex Court had severally held that one who is disobedience of a pending order of the court cannot be granted a stay by an appellate court. It was against this opprobrious decision of the Court of Appeal granting the stay of proceedings and execution that the Appellants approached the Supreme Court as their last resort to uphold the rule of law.

The Supreme Court in its lead judgment delivered by the Noble Lord Nweze JSC took its time to elucidate on the need for all persons and authorities to show respect for constituted authority (including the judiciary). The erudite Justice of the Supreme Court held as follows:

“From the facts of this appeal, it is not in doubt that, while the Respondent was in grave disobedience of two Orders of the trial court, it approached the lower court for the discretionary orders of stay of proceedings and stay of execution. Nothing could be more impetuous than that! The Respondent’s approach reminds me of the insightful observation of Eso JSC in Military Gov of Lagos State & Ors v Ojukwu & Ors (1986) LPELR 3186- (SC). According to his Lordship:

Justice Nweze also disparaged the invasion of the trial Court by hoodlums who were seeking to subvert the course of justice, and commended the trial judge for not succumbing to this attack on the independence of the judiciary. Justice Nweze went on to berate the learned justices at the Court of Appeal for refusing to follow the due process of the law by upholding the inveterate doctrine of stare decisis, which he termed “a doctrine of illustrious jurisprudential pedigree.” In his words:

“With respect, learned senior counsel’s (for the Respondent’s) feeble attempt to defend the lower Court’s inelegant effort to distinguish the cases of Military Governor of Lagos State v Ojukwu (supra) and Odogwu v Odogwu (supra) from the appeal before it flies in the face of the vigour and cogency of these authorities to the proceedings of that Court. Indeed, nothing could be a more sacrilegious exercise of discretion than the lower Court’s ill-advised embarkation on its ill-fated journey of self-immolation or what the Japanese call hara-kiri, that is, suicide, all in attempt to circumvent the authority of this court.”

Justice Nweze also commented on the independence of the judiciary as he quoted a paragraph from Odogwu v Odogwu (Supra) where Karibi-Whyte JSC opined as follows:

“The court guards its powers and image jealously. It should therefore be extremely wary in the manner it exposes such image, the diminution of its powers and the enforcement of its authority to public ridicule.”

My Lord then went on to further condemn the Court of Appeal for condoning the egregious, contumacious, and censorious approach of the Respondents, and stated that the courts have a duty to resist an attempt to achieve forensic victory through jiggery pokery. He then went on to allow the appeal and set aside the Ruling of the lower Court.

The distinguished Justice also used this opportunity to advice Legal Practitioners to desist from ungainly acts which can subterfuge the rule of law and the independence of the judiciary. In doing so, he imposed a direct duty on Lawyers to flee from lending any support to violations to the rule of law. He held as follows:

“My Lords, kindly bear with me. Before concluding this judgment, I want to express my reservations about the advocacy style of the Respondent’s counsel in this appeal. Counsel, even if they are partisan politicians, should learn to draw a line between the modus operandi of politicians and the attitude of the courts of law to issues verging on trickery. If politicians gain electoral victory by false pretences, a court of law, nay more, the court of equity must be spared the contempt of being employed as an instrument of advancing electoral fraud!”

Legal Practitioners should therefore be mindful of this duty in the discharge of their contractual duty to their clients. Lawyers have a duty to uphold and defend the Constitution and the rule of law at all times. The Rules of Professional Conduct for Legal Practitioners also imposes a direct duty on lawyers to withdraw their representation whenever their clients insist on charting an immoral or unjust cause in the conduct of their case.

As an aside, this writer has noticed that some lawyers are under the erroneous impression that some provisions of the RPC which imposes superior ethical standards for lawyers exists just for the purpose of passing bar finals. However, this is not so. The rules are not for fun and are not to be discarded after successfully scaling through the bar finals. They are meant to guide the conduct of counsel at all times, no matter how archaic or how much its provisions may be in need of amendment.

Hopefully, the invocations of the Supreme Court vide the Noble Lord Nweze JSC in Umar & Ors v APC (Supra) as well as the earlier decisions of the Court will not fall on deaf ears.

Nonso Anyasi can be reached via nonsoanyasi@nigerianbar.ng