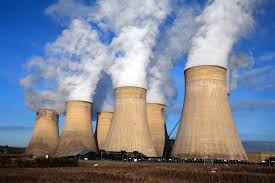 Introduction
The history of Nigeria’s nuclear technology
started after her independence when the Federal Radiation Protection Service
was established in 1964 (Mundu & Umar, 2004). However, Nigeria’s nuclear
programme emerged tentatively in 1976 with the establishment of the Nigerian
Atomic Energy Commission (NAEC), primarily as a response to South Africa’s
acquisition of nuclear weapons and India’s test of a nuclear device
(Lowbeer-Lewis, 2010).
By 1979, about 617,000 km2 of land area had
been covered by aerial radiometric surveys and another 90,000 km2 had been
covered by other surveys around potential Uranium basins (Energy Commission of
Nigeria, 2003). The government also established two pilot nuclear research
centers at the Obafemi Awolowo University, Ile-Ife and the Amadu Bello
University, Zaria to fast-track the nation’s nascent nuclear energy programme.
In 1995, the Nigerian Nuclear Regulatory
Authority (NNRA) was created as national regulator and licensing authority
empowered to develop and enforce regulations governing all operations in the
nuclear industry (Ibitoye, 2014). With the number of nuclear research centers
having risen to six, Nigeria acquired its first reactor which was commission at
the Ahmadu Bello University in 2004 (Lowbeer-Lewis, 2010). The Nigerian energy
policy, 2003 which included nuclear energy to the national energy basket set in
motions chains of evens that culminated in the approval of sites at Geregu,
Kogi State and Itu, Akwa Ibom State for the construction of the country’s
pioneer nuclear power plants.
Nigeria’s determination to harness nuclear
energy has not been without fears and questions. The announcement of the
proposed nuclear plant sites was greeted with protest and stiff opposition that
resonates to this day. Questions bothering on the legality of such programme in
international law, safety and security of nuclear materials and possible
diversion to military use have been and continue to be raised. The research
investigates the legality of Nigeria’s nuclear programme under international
law.
Nigeria’s Nuclear Energy Programme
and the Question of Legality.
The Non Proliferations of Nuclear Weapons
Treaty and the Statute of the International Atomic Energy (IAEA) constitutes
the primary legal frameworks for international nuclear programme, whether for
weapons or for energy. The NPT which was opened for signature in 1968 and
ratified in 1970 is built around three pillars: non-proliferation,
disarmament and peaceful use of nuclear technology (Arsalan, 2008).
Nigeria joined the first wave of countries
that signed and ratified the NPT in 1968. Having concluded a Comprehensive
Safeguard Agreement (CSA) , with the IAEA in 1988, the country  continues
played host to IAEA inspectors ( on inspection and verification tour)  in
compliance with the CSA. The country’s nuclear programme is built on the
questionable NPT pillar of peaceful utilization of nuclear energy by states.
Article IV of the NPT recognizes the inherent right of Nigeria to “develop,
research, production and use of nuclear energy without discrimination…”
(NPT.1968).The only restriction placed on this right is that, it must be
exercised in strict compliance with article I and II of
the NPT which prohibits the proliferation of nuclear weapons. In the absence of
breach of the said articles, Nigeria is qualified to participate in, the
fullest possible exchange of equipment, materials and scientific and
technological information for the peaceful uses of nuclear energy (NPT, 1968).
Article 4 of the CSA between the IAEA and
Nigeria reconfirms Nigeria’s right to develop nuclear energy by providing that
the safeguards contained in the CSA shall be implemented in a manner that does
not hamper the economic and technological development of  Nigeria
international co-operation in the field of peaceful nuclear activities (CSA,
1988). Furthermore, Nigeria effectively renounced nuclear weapons proliferation
when it ratified the African Nuclear Weapons Free Zone Treaty (Treaty of
Pelindaba) in 1996. The treaty of Pelindaba however encourages the peaceful use
of nuclear science and technology for economic and social development by member
states.
Finally, the establishment of nuclear
energy regulatory agencies (NAEC & NNRA) meets IAEA’S requirement of the
existence of a national system of accounting for and control of all nuclear
materials.
CONCLUSION
With the exception of the threat to build
nuclear weapon in the 80’s, Nigeria’s nuclear energy programme has been
developed within the permissible parameters of international nuclear law. The
country now stands as a responsible but budding nuclear player in the
international community. The question that remains to be answered is how long
can Nigeria sustain its compliance with international nuclear law?
The road to acquisition of nuclear weapons
usually commences with supposed peaceful nuclear energy programmes. Hence,
there is need for the strengthening of nuclear energy institutions in the
country to allow for greater supervision and regulation of nuclear
technologies. This is to guard against the diversion of nuclear materials for
military purposes or proliferation of such materials to other non-nuclear
weapons states.
References
African Nuclear-Weapons-Free Zone Treaty
(Treaty of Pelindaba) 1996
Agreement of 29 February 1988 between
Nigeria and the Agency for the Application of Safeguards in Connection with the
Treaty on the Non-Proliferation of Nuclear Weapons. IAEA-INFCIRC/358
Arsalam, S. (2008) Arsalan Suleman, “The
NPT, IAEA and the Nuclear Non-Proliferations Negotiations “,(2008) Berkeley
Journal of International Law. Vol.28. Iss.1.p.206
Energy Commission Nigeria (2003), National
Energy Master Plan. Federal Republic of Nigeria: Abuja.
Ibitoye, F.,(2014) An Overview of Nigeria’s
Nuclear Energy Programme in the INPRO Methodology area of Infrastructure .
Seminar Paper, 8th INPRO Dialogue Forum, Vienna, Austria. 26-29 August,
2014.
Lowbeer-Lewis Nathaniel (2010 ), Nigeria
and Nuclear Energy: Plans and Prospects Nuclear Energy Futures Paper  No.
11 January 2010, the Centre for International Governance Innovation.
Mundu A., & Umar, A.M (2004), The Quest
for Nuclear Technology and the Challenges of Knowledge Management in
Nigeria. Proceedings of the International Conference on Nuclear on
Nuclear Management, 7-10 September, Saclay, France. IAEA-11-CN-123.
Statute of the International Atomic Energy
Agency, 1956.
The Treaty on the Non-Proliferation of
Nuclear Weapons-NPT- (1 July 1968) 729 UNTS 161, 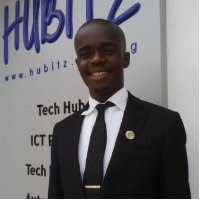 Anemuyem Akpan is a Lagos-based Legal Practitioner. For
feedback, send an sms/mail to08063624048,
aloyanem@gmail.com
Ed’s Note – This article was first published here.