NBA President, Paul Usoro SAN Reacts To The Kidnap Of A Member Of The Bar 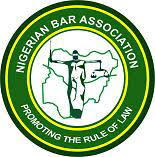 Please find below the statement by the
Honourable President on the kidnap of Barrister Adeola Adebayo.
1. Our Ikole-Ekiti Branch Secretary, Adeola Adebayo,
was kidnapped on Saturday, 17 November 2018 at Erio, a small town in Ekiti
State and today, he spends his eighth day in captivity even though a ransom
amount was paid to his captorsfor his release last Thursday, 22 November
2018.  Adeola was driving from Osogbo with his wife and parents where they
attended a social event when he was stopped and kidnapped.
2. One can only imagine the trauma that the
Adebayos – Adeola’s parents, wife and young children – are undergoing.
Our hearts go out to them even as we ceaselessly pray for the immediate release
of Adeola from captivity.  Meanwhile, we must commend His Excellency, Dr.
Kayode Fayemi, the Ekiti State Government for his commitment to the immediate
release of Adeola.  We have been in touch with His Excellency as well as
with the Attorney-General and Commissioner for Justice of Ekiti State, Wale
Fapohunda and they give us confidence in this regard.  We can only urge
them not to relent in their efforts to secure the immediate release of Adeola.
3. As for the criminals who have kept Adeola
in captivity these eight days, we will not stop praying that God touches their
souls and consciences – or more correctly, the residue, if any, of their souls
and consciences–sufficient for them to release Adeola to us, more so as the
ransom amount has been paid.  We press on them to please conjure for a
moment the pitiable state of the Adebayos, the terrible distress and trauma
that they are all undergoing right now, particularly, Adeola’s wife, kids,
mother and father. If not for any other reason, we pray them, in the Name of
God, to have some consideration for Adeola’s innocent and very young children
and release their father to them forthwith.
4. This unfortunate incident again brings to
the fore the state of insecurity and frequency of violent crime in our
society.  Lawyers appear to be under siege.  Between September 2018
and now, we have experienced three reported incidents of violent crime – the
murder of our ObolloAfor Branch Chairman, Emeka Agundu, the kidnap of our Auchi
Branch Past Chairman, A AAtemoagbo and the attendant assassination of his wife,
Joan, and now, the kidnap of Adeola Adebayo.  These three incidents
illustrate the abysmal state of security in our land and the pervasive and
countrywide nature of these incidents.
5. Governments, through our law enforcement
and security agencies, needs to seriously crackdown on these criminals in our
midst.  It must not be said or even considered that our law enforcement
and security agencies are helpless in the face of these assault by a few
criminal elements.  We know that the national election season is upon us
and there is the tendency for Governments at all levels, in these periods, to
have a tunnel-view focus and deployment of resources primarily for their success
at the polls.  They must however resist that urge and remember that a safe
environment makes for peaceful, free and fair elections; they must also
remember that the primary reason for the election of governments into power is
to secure the lives and property of the Nigerian people and provide an enabling
environment for their socio-economic welfare.  They must therefore focus
on rounding up and bringing to book these criminals who make our lives so
unsafe and hellish.
6. In particular, the intelligence gathering
capabilities of our security and law enforcement agencies must constantly be
enhanced; the agencies need to be well kitted and retooled, with superior
weapons and ammunition with which they can combat these hoodlums; there is,
furthermore, the urgent need for pervasive deployment of technology including
the installation of CCTVs in all the nooks and crannies of our country for
preventive crime detection.  These suggestions are not exhaustive neither
are they novel or out of the ordinary; we of the NBA as well as other
well-meaning persons and associations have proffered these and other
suggestions to Governments and their agencies on the issue of combating
crime.  Perhaps, what remains is the political will by our various
governments to do execute these suggestions and do something about the crime
virus that threatens our safety and lives. If there are challenges that are not
known to the rest of us, Government needs to be forthcoming and open in
discussing them with the citizenry and finding solutions thereto.
7. The time to act is now before the
impression fully gains ground that a small band of bandits and hoodlums have
the capability to overrun the State and its security and law-enforcement
apparatus as it relates to the safety of our lives and property.  That is
an impression that this Government and indeed no government can ill afford.
Paul Usoro, SAN
NBA President