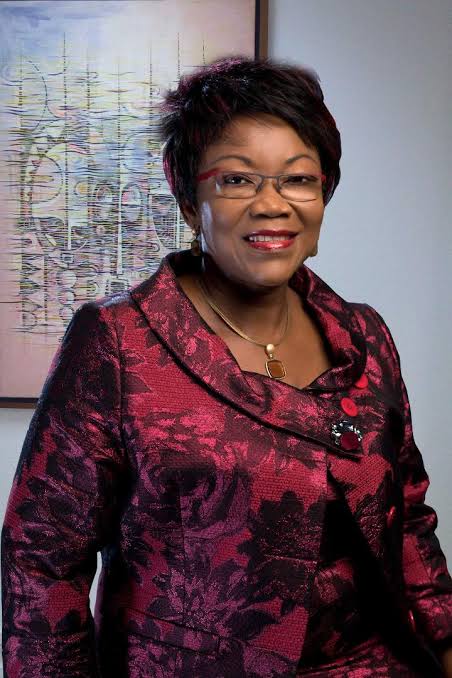 Mfon Ekong Usoro holds an LL.M in Maritime Laws from University College London, an LLB (Hons) from the University of Buckingham, B.L (Hons) from the Nigerian Law School and a BSc (Hons) Sociology from the University of Calabar.
She is on leave of absence as the Managing Partner of Paul Usoro & Co., a leading law firm in Nigeria. Usoro has extensive and current experience in trade in services, participation in negotiations at diplomatic meetings and achieving consensus for adoption of negotiated instruments amongst member States at the regional and continental levels.
Relevant Regional, Continental and International Experience
Usoro is the Secretary General of the Memorandum of Understanding on Port State Control for West and Central African Region (Abuja MoU) – an Inter-Governmental Organization operating under a Cooperative Agreement with the International Maritime Organization with full diplomatic status.
The Abuja MoU comprises of 22 member States abutting the Atlantic from Mauritania to South Africa. As the Secretary General, Usoro established teams of experts from member States for the development of constitutive documents, port State Control procedures, takes the lead in negotiation and secures adoption of those documents by the member States and has successfully attained a high level of harmonization of procedures, implementation and coordination among the member States. She has held the position for over 8years.
Mfon Usoro has at various times consulted for the African Union Commission. Working with a group of experts, she was pivotal to the drafting and negotiation of the African Union Maritime Transport Charter 2009. She is periodically invited by the African Union Commission Department of Infrastructure to participate in workshops/chair meetings held in Addis Ababa, Cairo etc.
Usoro is a member of the African Network for Women in Infrastructure (ANWIn), an African Union Commission initiative.
Mrs Usoro also consulted for UNEP [Nairobi] and UICN [Senegal] to work with two other consultants from South Africa and Togo for the revitalization of the Convention for Co-operation in the Protection and Development of the Marine and Coastal Environment of the West and Central Africa Region [Abidjan Convention].
Usoro was for several years, the sole Maritime legal consultant to the Maritime Organization for West and Central Africa (MOWCA), an inter-governmental body of countries in West and Central Africa headquartered in Cote d’ Ivoire. In that capacity produced the:– Memorandum of Understanding on the Establishment of a Regional Integrated Coastguard Network in the West and Central Africa Region 2008. As the Chairperson of the Ad-Hoc Committee on the Establishment of the Sub-Regional Integrated Coastguard Network negotiated and developed a consensus MOU among member States for presentation to and adoption by the Ministers of Transport of the sub-regional organization.
– Draft Framework for Sub-regional Cabotage and the Memorandum of Understanding on Sub-regional Cabotage in October 2001.Usoro was appointed in 2009 to chair the ministerial committee of the Maritime Organisation of West and Central Africa (MOWCA) regional Maritime Development Bank in 2009.
For a period spanning over a decade, Usoro regularly attends meetings of the Implementation of IMO Instrument Sub-committee of the MSC Committee of the International Maritime Organization in London and has been privileged to chair twice the IMO Workshop for Secretary General and Database Managers of Regional Port State Control regimes.
She for more than a decade has been actively involved in discussions on liberalization of legal services including attending meetings at the WTO as a member of the International Bar Association Bar Issues Commission, International Trade in Legal Services.Relevant National ExperienceMfon Usoro is a trade law expert and represents the Nigerian Bar Association at the Nigerian Coalition of Services Industry (NCSI). Mfon was recently appointed the Chairperson of the National Consultative Forum on Trade and Trade Related Negotiations, NOTN.She was privileged to lead the brainstorming sessions at the services industry consultation on the Nigerian Draft Schedule of Specific Commitments organized by the Nigerian Office for Trade Negotiations in February 2020. She participated as a panelist in 2 panels at the recent National AfCFTA Forum on “Effective Implementation for Industrialization and Inclusive Economic Development in Nigeria” on 5-6 December 2019 co-organized by the United Nations Economic Commission for Africa (UNECA).
At the level of the NBA and apart from representing the NBA at NCSI, Usoro was the Alternate Chairperson, NBA Liberalization of Legal Services Working Group (2012-2014) and past Chairperson, NBA Section on Business Law.
Mfon Usoro is the pioneer Director-General and Chief Executive Officer of Nigerian Maritime Administration and Safety Agency, (NIMASA) and she left the Agency in 2007. She is the chairperson of the Inter-Ministerial Committee for the Finalization of the National Transport Policy for Nigeria.Corporate BoardsUsoro currently serves as Chairperson, Board of Directors of TIB Asset Management Limited; a Non-Executive Director (Independent), on the board of The Infrastructure Bank Plc; a Non-Executive Director (Independent), on the board of First City Monument Bank Ltd; a Non-Executive Director, on the board of Board of Geometric Power Limited.National Honours.
Mfon Usoro was conferred with the Officier de L’Ord de Mono, a national honour of the Republic of Togo in 2002; and Chevalier de l’Ordre du Merite Maritime, a National honour of the Republic of Cote D’ Ivoire in 2015.

PENALTY FOR PUBLIC INDECENCY
Dele Adesina SAN Nurtured and Trained Other Junior Lawyers And I | Kehinde Bello (Mrs.)
Explained: Why LIRS wants to tax loans you got from your employers