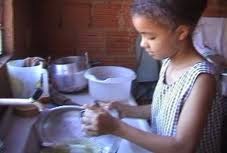 Recently,
news reports and blogs shared the story of 14 year old Faith, a domestic servant
in Abuja whose principal, Roseline Uzoamaka forced her to sit on a burning
electric cooker because she wet the bed (see that here).
While Faith is recuperating at the hospital, Roseline, her boss has been
arrested by the police.
Having a
domestic servant or Housemaids/boys as they are locally called around is not
new to Nigerian homes, it’s a way of life, especially for those who can afford
to pay them or care for their needs if such maid is a relation. The International
Labour Organisation in a recent study entitled: ‘Domestic workers across the
world’ showed that there are at least 53 million domestic workers worldwide. It
explains that the figure, which does not include child domestic workers, is
increasing by the day in both the developed and developing countries. Also an
estimated 10.5 million children are engaged as domestic workers worldwide with
most of them under age.
A lot of
these workers are unregistered and not supported by most national Labour laws;
they work for private households usually without clear terms of employment. For
instance in Nigeria, the Labour Act in Section 65 states that: The Minister may
make regulations providing for-
a)
the
engagement, repatriation or supervision of domestic servants;
b)
the
employment of women and domestic servants;
c)
the housing
accommodation and sanitary arrangement of domestic servants; and
d)
the
conditions of domestic service generally.
However,
Nigeria is yet to have a codified legislation that protects the rights of domestic
workers like Faith in the Country. The Lagos State Criminal Code states in Section
206 that it is the duty of every
person who as master or mistress and has contracted to provide necessary food,
clothing, lodging or medical treatment for any employee or apprentice under the
age of eighteen (18) years to provide the same; and he shall be held to have
caused any consequence which results to the life or health of the employee or
apprentice by reason of any omission to perform that duty. This is how
far it goes in relation to the terms of employment of domestic staffs. 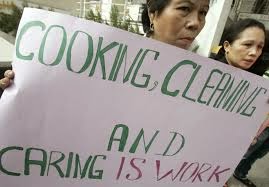 Article
12: Payment at least once a month and
a limited proportion of “payments in kind”.
Article
13: Right to a safe and healthy working
environment (can be applied progressively).
Article
14: Equal treatment with regard to social
security, including maternity protection (can be applied
progressively).
Article
15: Oversight of recruitment agencies
including investigation of complaints, establishing obligations of
agencies, penalties for violations, promoting bilateral or multilateral
cooperation agreements, and ensuring recruitment fees are not deducted from
domestic workers’ salaries.
Article
16:  Effective access to courts.
Article 17: Effective and accessible complaints mechanisms, measures for labor inspections, and penalties. 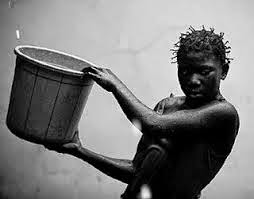 It will be
great for all domestic staffs in Nigeria, if the Country were to adopt that
Convention. Then girls like Faith and the many other nameless domestic staffs
working in households around the country will be protected. Don’t you agree?
Adedunmade Onibokun
@adedunmade