IF I WAS PRESIDENT by Chika Maduakolam 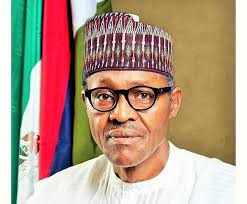 May 2015; the defining
moment of change for Nigeria. A new president sworn in, the president of the
people, the chosen one. The exhilaration that came with the fact that power now
lay in the hands of Nigerians to make or break a ruler!! Nigerians felt we had
a choice!
January 2016; a more sober
Nigeria. A Country faced with realities it never envisaged the full scope of.
As I am wont to do, I state clearly that I am no political pundit or analyst or
soothsayer. This piece is not an attack on Nigeria or its leaders. For those
familiar with my style of writing, it is a call for introspection. Today, I am
a mere citizen of Nigeria with a Law degree.
What is the Law? Simplest
definition: A system of rules to which every individual within a society is to
abide by or else face punishment or reprieve from the government or appropriate
enforcement institutions.
What
is a Society without Law: Chaotic, Demoralised, and Disorderly.
What
is a Society whose Government does not know the Law: Empty. Directionless.
When some of us
cast our votes in 2015, it wasn’t because we felt the Messiah had come but more
like the end of Pharaoh had come. We had reached our wits end. We did not see
the light at the end of the tunnel but we saw an opening with hope that if we
ventured, we may see a light at the end.
I will not say the
leadership so far has been dismal, there still exists peace in a majority of
the country. What I will say is that more is to be expected. The fight against
corruption, though commendable, cannot be the only defining moment of this
administration.
The leadership
cannot underestimate the value of taking the pulse of the people. This was a
strategy employed pre-campaign but has been discarded at the achievement of the
much sought position; that is not a wise move.
It is not a wise
move because, as much as the government is burdened with the responsibility of
making the laws, a large part of Law creation, execution and enforcement relies
on the People.
The missing part of
my earlier definition, I make bold to say is: The Law is the People, The Law is
made by the People and for the People.
We fail to
recognize the circle of life we live in- The president of today was once a boy
who came from a humble background. He was not ‘destined’ to rule but shaped by
the annals of society and guided by his path in life, he is the president of
today. So also every leader in Nigeria today. So the little boy who was raised
yesterday was raised with a set of values and, most importantly, an awareness
of what obtained in the land. Before I veer off course in my rant, what I
simply mean is a healthy understanding of the Law and a commitment to abide by
it will pay off dividends that are immeasurable in future.
Bringing it home,
if I am the Law, I will do all in my power to protect myself, to protect my
interests and those around me alike. I will have a consciousness that in the
position of a follower or a leader, my utmost goal is to uphold the law.
I will not, as a
leader, feel I have the utmost right to trump the decision of the judiciary as
I am not given that right by law (the detention of the former National Security
Adviser, Sambo Dasuki as well as the leader of the Indigenous People of Biafra). I will not desist from
following due process in the prosecution of my duties. I will not bring out
directives without full consideration of its effects on the citizens (Effects
of CBN directives on Nigerians in Diaspora).
This is the basis
upon which every Nigerian should never take for granted the value of knowing
the Laws of the Land for himself/herself and the generations to come.
We cannot continue
to tow the path of ‘anything goes’ in this great country. ‘Anything’ does not
go; the 1999 Constitution of the Federal Republic of Nigeria is for EVERY
Nigerian, not for only the educated, or the wealthy, or those in leadership
positions. It is for everyone. The sooner it sinks into our consciousness, the
less we will have to talk about in our society. Only then can we foster a
healthy society.
By: Chika Maduakolam