PROCEDURE FOR FOREIGN INVESTMENT IN NIGERIA 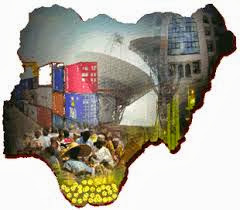 With Africa being one of the fastest growing continents in the world and Nigeria being a major investment destination for many international businesses, persons and organisations. It is very important that intending investors consult and seek advice from local professionals such as accountants and lawyers, with the latter coming first in hierarchy. This article gives an introduction into the relevant laws and procedures which an investor should consider when intending to do business in Nigeria.
Nigerian laws allow and encourage foreign investment in Nigeria by aliens or non-Nigerians.

“subject to the provisions of any enactment regulating the rights and capacity of aliens to participate or undertake in trade or business, an alien or a foreign company may join in forming of a company”.

Also Section 17 of Nigerian Investment Promotion Commission (NIPC) provides that a non-Nigerian whether company or individual may invest and participate in the operation of any enterprise in Nigeria except those in the negative list. The negative list include: arms and ammunition; narcotic drugs and psychotrophic substance; para-military and military wears and accoutre. 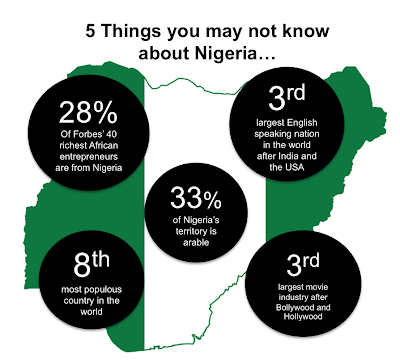 A foreigner may invest in Nigeria by way of Foreign Direct Investment (FDI) which is investments such as ownership of productive assets, such as factories, mines and land or through Foreign Portfolio Investment (FPI), which is the entry of funds into the country where foreigners make purchases in the country’s stock and bond markets.

There are various laws regulating foreign participation in business in Nigeria, they include:
1. Companies and Allied Matters Act (CAMA), Cap. C.20 LFN 2004 – Sections 148 and 155 of CAMA. Section 148 of the Act requires the production of a document which is by law sufficient evidence of probate of a Will or letters of administration of an estate. Section 155, on the other hand, deals with transmission of shares
2. Nigerian Investment Promotion Commission (NIPC) Act, Cap NI 17 LFN 2004 – Section 17 of the Nigerian Investment Promotion Commission Act which requires alien to register with the Commission before commencing business in Nigeria.
3. Immigration Act Cap I 1 LFN 2004 – Obtaining business permit under Section 8 of the Immigration Act, 1963.
4. Investments and Securities Act (ISA) 2009 – Section 8 of the Investments and Securities Act which empowers the Securities and Exchange Commission (SEC) to keep and maintain Foreign Direct Investments (FDI) and Foreign Portfolio Investments (FPI) in Nigeria.
5. Foreign Exchange (Monitoring and Miscellaneous Provisions) Act, Cap F.34 LFN 2004.
6. Industrial Inspectorate Act Cap. I 8 LFN 2004.
7. National Office for Technology Acquisition and Promotion Act, Cap N. 62 LFN 2004.

There are basically three government agencies regulating foreign participation in Nigeria and these are:
1. Nigerian Investment Promotion Commission (NIPC);
2. National Office of Technology Acquisition and Promotion (NOTAP); and
3. Immigration.

It should be noted that this government agencies have respective registration procedures. Documents to be submitted to the relevant government agencies seeking reliefs and approval on behalf of companies include: business permits, expatriate quota and residence permit. On approval, the non-Nigerian is then granted an STR Visa which on arrival in Nigeria will be regularised and then issued a work permit.

A wide range of incentives and reliefs have been designed by the government to boost investment opportunities in Nigeria and are offered to foreign investors who qualify for them, they include: pioneer status; duty drawback and suspension scheme; tax relief under the Companies Income Tax (Cit) Act, Cap 60 LFN, 1990.

The Critical Role Of Carbon Pricing In Curbing Global Warming: An Overview | Chinedu Henry Uchenna
Land Ratification/Regularization Policy of Lagos State- Would the Supreme Court’s Decision Have Been...
COPYRIGHT INFRINGEMENT AND PLAGIARISM