FEASIBILITY OF LEGAL PROTECTION OF INTELLECTUAL PROPERTY IN SPACE

Space law according to Britannica is the body of regulations in international law that governs conduct in and related to areas of space above Earth’s lower atmosphere. This law addresses a variety of matters, such as, for example, the preservation of the space and Earth environment, liability for damages caused by space objects, the settlement of disputes, the rescue of astronauts, the sharing of information about potential dangers in outer space, the use of space-related technologies, and international cooperation.                                           Space exploration began in October 1957 when Russia launched its unmanned satellite. The evolution of space law began with U.S. President Dwight D. Eisenhower’s introduction of the concept into the United Nations in 1957, in connection with disarmament negotiations. Following the successful launchings of the Soviet satellite Sputnik 1 in 1957 and the U.S. satellite Explorer 1 in 1958, both the United States and the U.S.S.R. took an active interest in the development of international space policy.

LEGAL STATUS OF AN OUTER SPACE

At the beginning of Space Age in 1957, discussions began in the State community, within the UN, precisely on the legal status of this new issue. Several legal concepts of traditional public international law could be applied to a newly ‘discovered’ area. At final, the approach, which was chosen by the State community, was quite different from but comparable with the regime established for the high sea, where no State sovereignty is accepted. An outer Space was declared as a res communis which is not subject to the sovereignty of any State, and where States are bound to refrain themselves from any acts that can adversely affect the use of an outer space by the other states.

LEGAL REGULATIONS OF ACTIVITIES IN SPACE

On 4 October 1957, the Space Age actually began when the world’s first artificial satellite, SPUTNIK-1 (`travelling companion’) was launched by the Union of Soviet Socialist Republics (USSR). Subsequently, other suggestions have also been made in relevance to the matter, which, if not juridical, undoubtedly possess the merits of expediency, what does it mean?

1) Quite a number of interests of the States in an exploration and use of outer space, for instance, considerations on policy and strategy in regards to science and economics. This is so in order to avoid confusion and conflicts as well as to enable some orderly procedures on special required rules.

2) Outlining the basic principles for further evolution in law with a tendency to allow the situation to get out of hand and then crystallize in various shape and forms, thus a detriment to a cohesion and an uniformity. While the circumstances surrounding the proper place for space law within the context of international law have been in a debate, a prompt search for analogies and models will be in the older structures within that sphere.

LEGAL FEASIBILITY, WHAT IS?

Legal feasibility is the study to know if the proposed project conform the legal and ethical requirements. It is important that the project or business is following the requirements needed to start a business or a project including business licenses, certificates, copyrights, business insurance, tax number, etc.  There are some things to consider in legal feasibility study including ethical issues and some social issues. These issues are the privacy, nepotism, and accountability. It determines whether the proposed system conflicts with legal requirements, e.g., a data processing system must comply with the local data protection regulations and if the proposed venture is acceptable in accordance to the laws of the land.

RATIONALE OF THE INTELLECTUAL PROPERTY

Intellectual property (IP) according to WIPO refers to creations of the mind, such as inventions; literary and artistic works; designs; and symbols, names and images used in commerce. IP is protected in law by, for example, patents, copyright and trademarks,

III) A trademark is a sign capable of distinguishing the goods or services of one enterprise from those of other enterprises. These are the major ranges if intellectual property, amongst others. By striking the right balance between the interests of innovators and the wider public interest, the IP system aims to foster an environment in which creativity and innovation can flourish.

As is evident, no intellectual property rights can be claimed yet in Space as such as it is seen historically seen as a common heritage of all of mankind and furthermore the requisites laid down in the OST which mandates the sharing of the benefits of what is derived from Space, individual rights are far from being claimed. It is only on an object that is launched into space can a person/nation have exclusive rights over.  Article VIII of the Outer Space Treaty governs this aspect stating that the launching State has to register the object and in consequence of it, will have jurisdiction over it. In cases where there are two or more launching states, the decision is left to the parties to decide and determine which one of them should have jurisdiction and right over the object. Though the invention is registered and protected under the laws of the nation it is manufactured in, the law which is to govern the activities of such an invention is still a big blank spot.

Today, space technology has become increasingly advanced and developments in this field have resulted in the formation of laws governing outer space and intellectual property rights. Despite the fact that space technology has long been one of the most advanced technical areas in the world, it is only in recent years that intellectual property issues have begun to arise in connection with extraterrestrial activities. Some of the reasons for this are that space activities are increasingly shifting from being state-owned activities to becoming private and commercial activities (Space Exploration Technologies Corp, popularly known as Space X, founded by Elon Musk in the USA in 2002, is a great example).  Many times  creativity result in intangible or intellectual property, which includes          patents,  copyrights,  trademarks and trade secrets. Although  the nationa laws          and international agreements providing for intellectual property protection on earth are well-known and unresolved areas are fairly well-defined but in space, intellectual property protection is subject to greater unknowns. The technology is often novel and the law at best developing.

Further, an increasing number of space activities are operated under international cooperation schemes, which depend on a uniform and reliable international legal framework. In developing and commercializing  any new technology on earth or in space, protection of one’s creativity is vital to success. The international law of outer space is essentially based on the interpretation and implementation of the United Nations’ space treaties. These treaties primarily address governmental activities in space but do not specifically address intellectual property protection, which is very important            for private   sector to get commercially involved in  space activities.  The recognition of the  rights and responsibilities of non-governmental entities  in  space will evolve with increasing activity  by such  entities  in  the  space environment. It determines whether the proposed system conflicts with legal requirements, e.g, a data processing system must comply with the local data protection regulations and if the proposed venture is acceptable in accordance to the laws of the land. Outer space (often referred to as space) consists of a region of universe beyond the upper layers of the atmosphere of Earth. The term is commonly used to distinguish it from airspace and territorial locations. However, the Fédération Aéronautique Internationale has established the Kármán line, at an altitude of about 100 km (~62 mi), to distinguish the boundary separating the working definitions for aeronautics and astronautics.1 Unlike earlier times, space research is not restricted to the government organisations, but has extended to the private players as well. However, the involvement of non-governmental agencies is not in absence of ascertaining any legal liability; Article VI of the Outer Space Treaty, 1967, provides that States shall be responsible internationally for national activities in outer space carried out by governmental agencies or by non-governmental agencies and that the State shall authorize the activities of the non-governmental agencies.

As prescribed in Articles I and II of the Treaty on Principles Governing the Activities of States in the Exploration and Use of Outer Space, including the Moon and Other Celestial Bodies (Outer Space Treaty), the exploration and use of outer space for the benefit of mankind and the non-appropriation of outer space by any nation are fundamental principles under international space law. While IP and innovation are of paramount importance for the exploration of outer space and the further development of science and technology, questions have been raised as to whether the protection and enforcement of intellectual property rights may conflict with these fundamental principles.

SOLUTIONS TO CONFLICT BETWEEN INTELLECTUAL PROPERTY LAWS AND   SPACE LAW

There should be a harmony between the Space laws and the Intellectual property laws. The conflicts between intellectual property and space law regime could be resolved by enacting harmonized system of laws. There are lack of standard rights and liabilities of the IP protection in the space activities. Only by the intellectual property rights the companies can seek protection that adversely expands the commercialization of new inventions. Now there is a need of necessary amendments to the existing space law. Hence, this article discusses about the exercising international and harmonious legal framework of IPR would facilitate maximum collective utilization of public and private resources in the area of space technology Thus, now it is very much necessary to establish and develop a unitary/uniform and harmonised IP protection regime for space for the interest of the developing countries. Outerspace add many new legal dimensions to the IP rights such as  application  of terrestrial based national laws in outer space for acquisition and enforcement of rights, ownership of rights and entitlements for use in joint activities, settlement of disputes and compliance to international obligations. Some developments are taking place at national, regional and multinational levels, to extend the applicability of terrestrial based IP laws in the outer space. Only USA amended its patent  laws extending its  territorial jurisdiction to space. Relevant  provisions for the applicability of domestic IPR law to Space Activities exist only in US law  today, found within the US Space Bill and the NASA act. The US Space Bill extends the applicability of US patent law into OuterSpace. The NASA act includes a provision  to consider a “space object” as a vehicle. Though the regime of intellectual property is governed by national laws, international entities like the World Intellectual Property Organisation (WIPO) and the Agreement on Trade-Related Aspects of Intellectual Property Rights (TRIPS) have succeeded in harmonizing the IP laws to some extent, worldwide. However, such a harmonization is not sufficient for extending such protection to space related activities and inventions, thus, the need of the hour is to establish a uniform legislative regime governing IP laws in space so that even the developing countries are able to benefit from their creations rather than being overshadowed by the developed ones. There is a wide scope for several new dimensions pertaining to IP rights that can be opened in the Outer space, such as, application of territory based national laws in outer space for enforcement of rights, entitlement and ownership in case of joint activities, compliance with international obligations, etc. In addition to a uniform legal regime, a standard enforcement mechanism, such as that of International Arbitration, also has to be established to hear and decide disputes arising out of IPR in outer space. 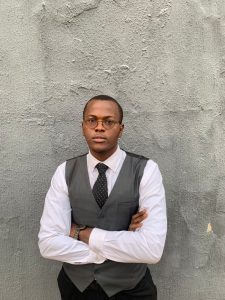 This painstaking research on intellectual property protection in space was carried out by Stephen Ifeanyichukwu Fortune. Ifeanyi is a law student at the faculty of law, University of Nigeria, Enugu Campus. He has key intrests in IP law, Maritime law, Tax law and Space law. He is an asute researcher who has conducted various researches. He accepts educational criticisms as regards his conducted researches, and you can reach out to him through his email address frezzybest@gmail.com