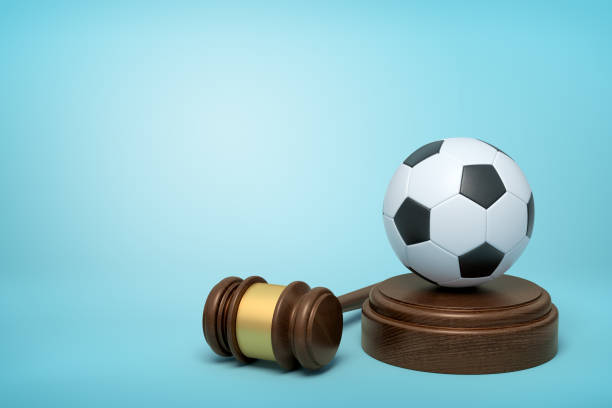 On the 4th of July 2021, The captain of the acclaimed biggest Nigerian professional football league (NPFL) club : Eyinmba united, Oladapo Augustine, got slapped with a one year ban for the use of a prohibited substance known as Prednisolone/Prednisone”. This was as a result of a test carried out on the player after his club CAF confederations league encounter against pyramids FC of Egypt. [1]

Also, in the buildup to the Tokyo 2020 Olympic games, 10 Nigerian athletes were declared ineligible to participate in the Tournament due to failure of a specific anti doping tests neccesitated by WADA which were not performed by the AFN. Those, being just a few of the several occasions that Nigerian athletes have been disqualified or stripped of their medals in various events due to their failure of anti doping tests despite the different  measures taken by different sport regulating bodies to ensure strict compliance to the the rules of no doping.

Recently, one of Nigerian’s most decorated athlete, Blessing Okagbare,  was banned from taking part in the semi finals of the Tokyo Olympics 100m race after it was found out that she had used a growth hormone in an out of competition test conducted earlier.

According to Wikipedia, Doping is the use of banned athletic performance-enhancing drugs by athletic competitors[2]. The term is commonly used by organizations that regulate sporting competitions. FIFA defines it as a situation whereby players take “prohibited” substances to boost their performances. Prohibited substances in this context would mean steroids, cocaine, amphetamines or any substance that is on the World anti-doping agency (WADA) prohibited list.[3]

The International Olympic Committee (IOC) defines doping as “the intentional or unintentional use of prohibited substances and prohibited methods on the current doping list”.[4]

It will be interesting to note that even the use of  natural supplements if found to contain such substances can constitute serious punishments for the player.

Doping is as early as the history of sport itself,  Charles E. Yesalis states that :

“When humans compete against one another, either in war, in business, or in sport, the competitors, by definition, seek to achieve an advantage over their opponent. Frequently they use drugs and other substances to gain the upper hand. “[5]

The ancient Olympics in Greece had numerous forms of doping as athletes drank different herbal mixtures to gain more strength and give them more energy before chariot races. The prevalent use of drugs in sports possibly came due to the realization that athletes could achieve more using performance enhancing drugs than what is obtainable through hard work and rigorous training. It is also important to note that modern doping  started after the world war when athletes began taking amphetamines to enhance their performances[6].

Hans-Gunnar Liljenwall, a Norwegian was the first Olympic athlete disqualified for doping. This was as a result of alcohol intake during the 1968 summer Mexico Olympics pentathlon. He was stripped of his medals and banned thereafter.[7] Russia was also recently banned  from international sporting events  for four years after they were found quilty of state sponsored doping by the world anti doping agency (WADA). Athletes will not be able to compete under the Russian flag in future competitions unless they do so under a neutral flag

Laws and regulations on anti doping.

Doping however is a phenomenon that should not be encouraged by anybody and any society as it violates the principles of fairness and healthy competition and also gives some athletes undue advantage over others and provides an unleveled playing ground for athletes. This exactly is what gave birth to the formation of the World anti doping agency(WADA).

World Anti Doping Agency(WADA) is the world body charged with the coordination of all anti doping activities at the international level. It conducts testings for all sports ranging from track and field competitions to ball games. It was established in 1999 and it’s activities are usually governed by a code known as the World Anti Doping Code.(WADC).

WADC is usually amended to ensure dynamism and to meet up with the growing development of pharmaceutical research in the world. It was launched in 2003 with the latest edition of WADC being that of 2021.

Article 1 of WADC specifically defines doping as the ” occurrence of one or more of the antidoping rule violations set forth in Article 2.1 through Article 2.11 of the Code.”[8]

This is followed up by Article 2 which corroborated what was laid out in article 1 by stating all the possible violations of the anti doping code and act that are punishable under the WADC by athletes. These includes :

* Presence of a Prohibited Substance or its Metabolites or Markers in an Athlete’s Sample.

* Use or Attempted Use by an athlete of a Prohibited substance or a prohibited method.

* Evading, Refusing or Failing to Submit to Sample collection by an Athlete.

* Whereabouts Failures by an Athlete.

* Tampering or Attempted Tampering with any Part of  Doping Control by an Athlete or Other Person.

* Prohibited Association by an Athlete or Other Person.

* Acts by an Athlete or Other Person to Discourage or Retaliate Against Reporting to Authorities.

Article 3, 4 and 5 all speak about proof of doping, the WADA prohibited list which contains the list of all prohibited substances for sporting competitions and the process of investigation respectively.

Articles 9,10 and 11 give more insight to sanctions for these offences varying from bans and disqualification to removal of medals, see WADC 2021.[9]

Doping in Nigerian sport is not taken seriously due to the status of the country as a developing country. Anti doping laws are broken with impunity since there is no legal framework to punish offenders. This is not a favorable outlook for our national sports as  the main basis on which sporting activities was founded upon will be destroyed. Hardwork and rigorous training to keep fit for competitions will be eliminated as athletes will end up using unethical methods to win.

Also when athletes are not properly checked for doping activities, they can cause themselves and their countries embarrassment if they eventually get caught by the anti doping agency regulating that competition. A good example of this is Lance Armstrong, A Former tour de France winner who got stripped of all his titles after he was found out to be using performance enhancing drugs to compete.

Furthermore, the  health consequences of this act are not to be overlooked as there is high tendency for athletes to suffer hallucinations during and after games and in some instances death. An example is The death of Tom Simpson whose use of performance enhancing drugs pushed him into an overworked and dehydrated state and subsequently led to his death. Also despite it not being a direct cause of his death, drug abuse and doping might have been a cause of the death of late Soccer great Diego Maradona.

In order to check this growing menace in Nigerian sports it is imperative that a proper anti- doping agency should be created to handle all doping matters at local level. Also the need for awareness about doping and its consequences should be done because a lot of Nigerians lack basic knowledge about what constitutes doping and consequentially commit these offences in ignorance. for example the use of “paracetamol” before a sporting event by an athlete or player would be considered doping in saner climes. There should be proper education for athletes about the dangers of doping both to their physical and emotional wellbeing. NUGA, HIFI and other tertiary institution games organizers should employ the used of different methods of doping with serious punishments attached to those caught.

Nigeria as a country still has a long way to go concerning its anti doping regulations, however if the solutions outlined in this paper are duly followed, it will save the country a lot of embarrassment in international competitions such as the Olympics and FIFA world cups and also create a level playing ground for all Nigerian athletes. The creation of a functioning anti doping agency will be the first step in ensuring drug free competitions for Nigerian athletes nationally and internationally. 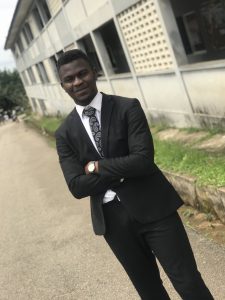 Omole damilare fisayo is a 200lvl law student of the faculty of law Adekunle Ajasin University Akungba Akoko Ondo state and a sport law enthusiast. He can be reached via

Justice Sector Summit Registration
Wills And Letters Of Administration | Adeolu Adesuyi
Democracy is essentially about the people and people are at the very centre of democracy | Dele Ades...