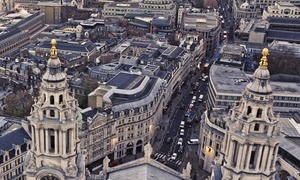 A new set of rules has been introduced in the London Court of International Arbitration (LCIA) – but they are ‘largely intended’ to bring the centre ‘up-to-date’, according to Allen & Overy.
The new rules take effect from 1 October and are little different to a draft which was published in February, says Allen & Overy. The firm comments that the changes are ‘largely intended to bring the LCIA Rules up-to-date with contemporary arbitration practice’.
The firm continues: ‘Some of the amendments follow those seen in the recent wave of revisions to major sets of arbitral rules (including to the UNCITRAL Arbitration Rules in 2010, the ICC Arbitration Rules in 2012 and the HKIAC Administered Arbitration Rules in 2013).
The introduction of an emergency arbitrator mechanism is a notable example; another example is the new provisions allowing consolidation of arbitrations.’
Source: JDSupra

Why you should consider impact investment in Nigeria – Sandra Eke
WIN 100k via #PAULUSOROCHALLENGE - My Pro Bono Story
A New Era Of No Boundaries – The IP Age Of Ideas & Solutions.