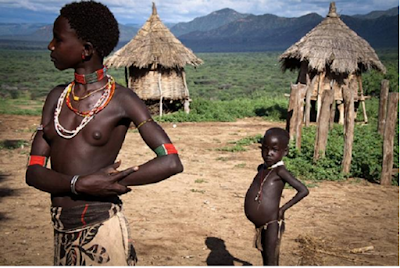 Over the years, the most general definition of International Law is that International law is a set of rules which are established by customs or treaties and as such is widely recognized and binding on states in relating to one another.
However, the manner in which International law is derived from general principles of law has been subject to a number of debates. Asides understanding the fact that international policies became widely accepted by states after the Second World War, there has been series of debates as to the existence and glorious formation of International law. The Traditional understanding is that international law was born out of European experience.
According to Third World Scholars, the concept of International law can be regarded as a predacious system which particularly legitimizes, reproduces and keeps in existence the subordination of Third World countries by the west.
In discussing the marginalization created by International law between developed states and non-developed states, a major focus will be Article 22 of the African Charter on Human Right which sets forth the right of peoples to economic, social and cultural development “with due regard to their freedom and identity and in the equal enjoyment of the common heritage of mankind and Article 20 which declares the right of all peoples to existence and unquestionable right to self- determination which simply means that they shall freely determine their political status and shall pursue their economic and social development according to the policy they have freely chosen.
However ‘REAL’ the above provision might seem, a major concern is the fact that International law claims to support the promotion of human rights pursuant to Article 22 of the African Charter on Human & Peoples right (Right to development) by building walls of engagement between developing states and developed states in relation to investment and economic trade. But in actuality, it fails to look into the practices and actions of international organisations, trade and economic laws which consistently violate human rights.
In creating a legally binding document to regulate internal and external affairs between states and improve economic development, one might choose not to look
beyond the surface in the sense that developing countries seem to be on the loose end of the rope because these policies don’t guide developed countries or seek to
improve its economic growth rather it tends to paralyse growth and systematically
extort the system for its benefits.
There’s little or no objection that today’s
generation has been dominated by globalization, faced with an uneven division of man’s creation in the fields of science and technology, his ability to unravel difficult situations and problems created by nature has become monumental, his failure to eradicate distorting problems of poverty and destitution that befalls the world remains a myth as Society has created a clear demarcation between rich and poor Nations.
According to Anand Ram in his book titled “Confrontation or Cooperation? International Law and the Developing Countries. Dordrecht: Nijhoff, 1987 the
clear gap between the rich and poor should no longer be regarded as circumstances
beyond control but as a chasm.
On one hand we have nations filled with over 600  million individuals whose citizens live in a conducive environment with its per  capital income ranging between $3,000 to $6,000, these countries produce majority
of the worlds manufactured products and consume the finest resources in order to
maintain a high standard of living.
While on the other hand, there are more than one hundred countries harbouring over two million citizens, who strive to earn a living via cheap labour. Clearly, over 30% of the world’s poorest states forge on less than $50 per capital income.
Majority of those who reside in these countries suffer from lack of nutrition, air borne diseases and many health hazards leaving their life expectancy 25 years less than those who reside in modernized worlds. There is the general notion that western industrialized countries are responsible for the level of poverty in third
world countries. The long period of western domination and imperialist exploitation kept economies of these countries stagnant and resources extracted are  used for the benefit of developing western territories. Unfortunately exploitation is  still carried out on poor countries through sophisticated mechanisms and plots, this only goes to show that colonization although dead, still breeds amidst the new  global world order.
In conclusion, from a realist perspective, is somewhat safe to say that the  universality of International law is indeed a farce and a plague with nothing to offer the so called ‘Developing Countries’.
by Jacinta Obinugwu
Assistant Programme and Publications Coordinator for the LLM Research Conference 2014.