THE POSITION OF THE LAW BEFORE 2017

THE SUPREME COURT’S DECISION AFTER 2017.

On 15 December 2017, a full panel of the Supreme Court sitting, delivered a landmark decision in Benjamin v. Kalio (2018) 15 NWLR (Pt 1641) 38 changing the position of the law. In that case the apex Court declared unconstitutional, null and void section 20 of the Land Instruments (Preparation and Registration) Law, Cap. 74, Laws of Rivers State, 1999 and by extension similar provisions of the Land Instruments Law of the various states. The previous position of the law was based on the premise that evidence was not on the exclusive legislative list under the 1963 Constitution. It was under the constitutional scenario that the federal legislature and the regional (State) legislatures re-enacted the Evidence Ordinance of 1945 as Evidence Act and Evidence Laws respectively. However, in 1979, the situation changed. Under the 1979 Constitution, evidence was brought into the exclusive legislative list as item 23. It has remained so since then. It is currently item 23 of the exclusive legislative list in Part 1 in the Second Schedule to the extant Constitution of the Federal Republic of Nigeria, 1999 (as amended, 2011). A piece of evidence pleaded and admissible in evidence under the Evidence Act cannot be rendered unpleaded and inadmissible in evidence by a Law enacted by the House of Assembly of a State under the prevailing constitutional dispensation.

In 2019, the Supreme Court in Abdullahi & Ors v. Adetutu (2020) 3 NWLR (Pt 1711) 338 did not follow the new position of the law it laid down but applied the old principle of law that an unregistered land instrument is not admissible to proof title to land but admissible to prove payment of money, possession, or an equitable interest in land. This has led litigants to believe that the Supreme Court has overruled the earlier decision in Benjamin v. Kalio and Abdullahi v. Adetutu and that the old position of law is still valid. The principle of law that where there are two conflicting decisions of the Supreme Court, the latter in time should be followed supports this impression. see Cardoso v. Daniel (1986) 2 NWLR (Pt 20) 1, Isaac v. Obiuweubi v. CBN (2011) 3 SCNJ 166.

A closer analysis of these three cases and other principle of laws reveals that the decision in Abdulahi v. Adetutu did not overrule the decisions in Benjamin v. Kalio and Abdullahi v. Adetutu. The reasons are as follows:

First, the cases of Benjamin v. Kalio and Anagbado v. Farouk on one hand and Abdullahi & ors v. Adetutu on the other hand have one major factor that distinguishes them, which is the interpretation of the Constitution in relation to the validity of the Land Instrument law of the state. In Abdullahi & ors v. Adetutu, the Supreme Court did not determine the validity of the law. In the earlier two cases the Supreme Court effectively determined the law to be null and void while in the latter case the apex Court decided the case based on the issues and argument before the court viz: a document is admissible based on what it is pleaded for. Benjamin v. Kalio was decided by a full panel of the Supreme Court sitting which interpreted the Constitution and effectively overruled the previous position of the law. Abdullahi & Ors v. Adetutu was not decided by a full panel of the Supreme Court. If the Supreme Court intends to overrule its previous position of the law, it sits as a full Court. see Paul Odi & anor v. Gbaniyi Osafile & anor (1985) 1 NWLR (Pt 1) 17 S.C. Effiom v. State (1995) 1 NWLR (Pt 373) 565-566 S.C. A principle or rule used in arriving at a decision in a case is an important factor in deciding where the ratio of the Court lies. See N.A.B v. Barrie N.G (1995) 8 NWLR (Pt 413) 257 Sifax Nig ltd v. Migfo Nig Ltd & anor (2018) 1-2 S.C 1, Fawehinmi v. NBA (No. 2) (1989) 2 NWLR (Pt 105). The constitutional principle used in deciding the two earlier cases is an important factor in distinguishing these cases.

Lastly, Abdullahi & Ors v. Adetutu is an anomaly. A case law that goes against an avalanche of other case law authorities must pale into significance and cannot be followed or relied upon. See Onuoha v. State (1989) 1 NSCC 411 at 421 where Oputa J.S.C stated as follows:

‘’a just decision of the case will be a decision in accord with the many many authorities and previous decisions of our Courts as well as English decisions which our Courts have followed and adopted. A decision that throws all our existing authorities to the wind, will no doubt be an alarming decision, but hardly a just decision. With respect, it was thus foolhardy for the lower Court to have followed and relied on the decision of the Court of Appeal in Otiki v. Bajehson when there are many other authorities of the Supreme Court and the Court of Appeal to the contrary. It is incumbent on, and essential for, all the players in the administration of justice system to take pains and acquaint themselves with developments in the law.’’

Abdullahi & Ors v. Adetutu is not authority that an unregistered land instrument is not admissible to proof title to land, it is good authority for the position of law that a document is admissible only for what it is pleaded and tendered for. The correct position of the law is that an unregistered instrument affecting land is admissible in evidence to prove title because an evidence rendered admissible under the Evidence Act cannot be rendered inadmissible by a state law as laid down in Benjamin v. Kalio (2018) 15 NWLR (Pt 1641) 38 and Anagbado v. Faruk (2019) 1 NWLR (Pt 1653) 292. 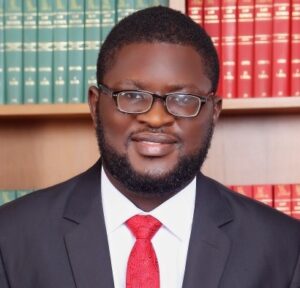 Adewale Sontan is a legal practitioner and has a keen interest in dispute resolution. He is a Counsel in various litigation proceedings involving corporate institutions, individuals and government agencies. He can be contacted via sontanadewale@gmail.com