A Dissatisfied Aspirant Under Our Electoral Law by Adamu Terungwa Dominion 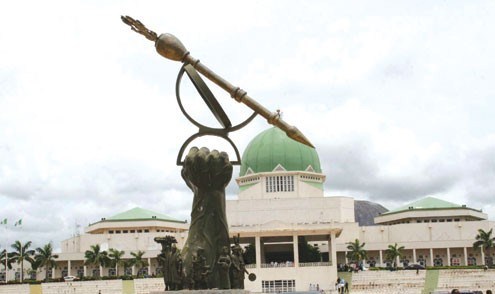 Since the inclusion of the word “Consensus” into our Electoral Act, a new tunnel of excitement has been created in our political space and as one can see; Political parties seem to have found a new vehicle upon which to ride against the will of others within the same part.

It is often said and correctly so that a piece of iron only becomes what the blacksmith decides it should become and this aptly represents the activities of the Major Political parties in Nigeria as they have tailored the word Consensus into a cloth even the literal meaning of the word cannot wear.

Many Lawyers have expressed views on the fate of various Consensus arrangements that have littered our polity if tested in the courts largely owing to how these Consensus are being reached in relation to the wording and spirit of the Electoral Act.

This Writer examines the position of Law as regards the Nomination process of parties and particularly the delima of an Aspirant dissatisfied with such a Nominations process.

It was Law not so far back from today that the decision of a Political Party on the choice of it’s Candidate was non justiciable and thus was not litigable in any Court of Law. This position was hinged on the fact that in dealing with a voluntary association of individuals, the doctrine of ultra vires has no place.

Thus in Onuoha v Okafor & Ors, The Court of Appeal Per Olatawura, JCA (as he then was) stated inter Alia that: “Political parties should be the sole arbiter of who should represent them…….A member of a political party who is disenchanted with the party has one honourable course open to him; to resign from the party and may decide to join another party or stay away from politics”

What the above conveys is that a claim that a person was not validly nominated as a candidate of a party amounts to an invitation to the Court to take over the an internal Matter of the management of the party. This means that An Aspirant dissatisfied with the nomination of another as candidate for a position for which he aspired could only explore the internal mechinery of the party and not a Court of Law.

The Supreme Court per Obaseki JSC in the matter stated above noted inter alia that:

The Court of Appeal went further to hold in Ogunbiyi v Ogundipe that the issue of who becomes a candidate of a given party at any election was clearly a political one to be determined by the rules and the constitution of the said party and thus a domestic issue which was not justiciable in a Court of Law.

In the face of the above position of Law however,The Electoral Act 2022 has made very interesting stipulations that have opened a floodgate of legal views and analysis as it appears to ambushed and put to question the non justiciability of a decision of a political party on the choice of a candidate.

Section 84 subsection 2 of the Electoral Act 2022 provides for three ways by which the choice of a candidate shall be arrived at by Political parties viz Direct primaries, Indirect Primaries and by Consensus. 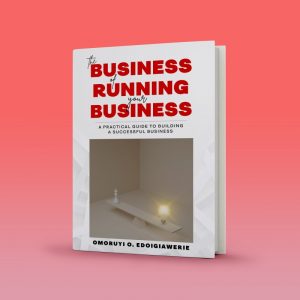 Buy Now on the Legalnaija Bookstore

From outright coercion to the absolute absence and non endorsement of the consensus arrangements by all the aspirants, the process seems to fall squarely on the shoulders of the “Stakeholders” of the party.

The Electoral Act 2022 in section 84 subsection 9 stipulates to the effect that the written consent of all cleared aspirants indicating their voluntary withdrawal and endorsement of the consensus candidate shall be obtained.

The above section raises the impression that the aspirants who have been cleared are the most important actors in a Consensus nomination of a Candidate by a political party.

This presumption also finds strength in the words of section 84 subsection 11 and 12 of the Electoral Act 2022.

Subsection 11 reads: ” Where a political party fails to comply with the provisions of this Act in the conduct of it’s Primaries, it’s candidate for election shall not be included in the election for the particular position in issue”

Subsection 12 reads: “Notwithstanding the provisions of this Act or rules of a political party, an Aspirant who complains that any of the provisions of this Act or guidelines of a party have not been complied with in the selection or nomination of a candidate of a political party may apply to the Federal High Court for redress”.

The question that begs for an answer in view of the the earlier stated position of Law giving judicial backing by the courts is what redress will such an Aspirant dissatisfied seek in the Federal High Court?

It is important at this junction to mention that non compliance to the electoral act is a valid ground upon which to challenge a person’s candidacy and must thus be separated from the non justiciability of the Choice of a candidate in an election by a political party.

Many are of the strong opinion that the Supreme Court decision in Mato v Hembe has made the nomination of candidates by Political parties litigable and thus it seizes to be a political matter to be resolved by the party mechanism but can now be justiciable by the Court of Law.

This writer humbly disagrees with that view and holds that The Supreme Court in that case didn’t necessarily set a precedent to allow Courts litigate the decision of a political party on the choice of candidate and mine is hinged on very perculiar features of that case particularly the non compliance to the electoral act as well as the constitution.

In Mato v Hembe, the Supreme Court agreed first and foremost that as at the 10th of December 2014 which was the the day the Primaries of the APC was purportedly conducted for the Vandeikya/Konshisha Federal Constituency, Herman Hembe was not a Member of the APC as he only validly resigned his membership of the PDP on the floor of the House of Representatives on the 16th of December 2014; six days after the APC primaries was said to be conducted and the said Hembe returned as candidate of the party.

It flows from the above, that by the provisions of the Electoral Act then which is still the case now, a non member of a political party cannot be the candidate of that party at an election.

This doesn’t amount to interfering with the choice of a Party’s candidate but ensuring the application of the Electoral Act because one must first be a Member of a political party before one can be the candidate of it.

Would the Supreme Court have held differently if Hembe was a valid member of the APC? Absolutely Yes would be my answer. But once his non membership of the party was established, it seized to be a political matter in the hands of the Political party but a matter of electoral compliance.

It is thus my position that until the Courts pronounce to the contrary, the choice of a candidate at an election is still a political matter at the discretion of the Political party and is consequently non justiciable.

To answer the question of ” redress” as mentioned earlier, in Balonwe v Chinyelu, the Court of Appeal Per Oguntade JCA observed that:

” Even if the problem was settled in a manner the plaintiff found unsatisfactory, she might have a cause of action founded on a breach of contract (i.e the Constitution of the Party) that she was not allowed to run ad the party’s candidate when she had fulfilled the requirements laid down by the party’s constitution. Such action can only be one in damages, not for specific performance. The Court will not and ought not to choose a candidate for a political party.”

” …….if there is any claim , the plaintiff can maintain against his party, i.e the 2nd defendant, it is in my view an action for damages for their failure to sponsor him”.

I must state in conclusion that on the shoulders of the mentioned subsections of section 84 of the Electoral Act 2022, interesting times seem to lie ahead as we match to elections. The Act was only recently passed and I anticipate a development of case Law and Judicial pronouncements that would give depth to our politics going forward based on the charades been carried out in the name of Consensus by the political parties in Nigeria as we wait to see how much they comply to the Electoral Act 2022.

Adamu Terungwa Dominion Esq is Legal Practitioner at Olumide Ayeni SAN & Co. with special interest in Litigation, Fintech and Commercial Law. He is a member of the Africa Business Club.

Piracy And Armed Robbery In The Gulf Of Guinea And The Suppression Of Piracy And Other Maritime Offe...
15 countries to show presence at 3rd ICC Africa confab holding 18th to 19th of June, 2018
NBA 2018 Elections: Paul Usoro, Cometh the Hour, Cometh the Man - By Peter Akinusi